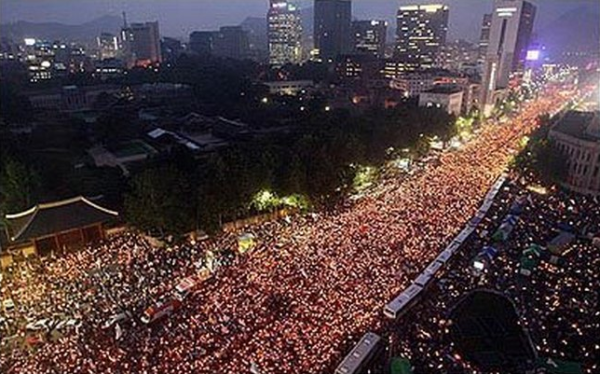 Korean Unions Want a “Just Energy Transition” and Shift Away from Coal and Nuclear Power.

In this TUED bulletin, we focus on the inspiring events that have occurred in the Republic of Korea in recent months. As KPTU’s Wol-san Liem explains, a series of strikes and scandals since 2015 led to last October’s mass mobilizations and the fall of the conservative government and the election, in May 2017, of the pro-reform government of President Moon Jae-in. In the statement  the Korean Public Service and Transport Workers Union (KPTU) urged the new government to eradicate the “structural evils” at the level of government and economy. In recent weeks the national trade union center (KCTU) has led a “social general strike” against low wages, precarious work, and to reverse the outgoing government’s anti-worker laws. 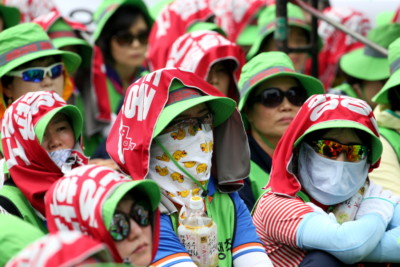 What Kind of Energy Transition?

Meanwhile, air quality concerns have led the Korean Power Plant Industry Union to  support the new government’s measures to close older coal-fired power stations “because we are clear” said the union “about what kind of country we want to leave for our descendants.” Full statement here: Power Unions: “Although our hearts are heavy, we welcome the shutdown of worn out coal power plants”

In late July, the KPTU and the Korean Labour and Social Network on Energy (KLSNE), a coalition of unions and civil society organizations, said “We actively support the policy of phasing out coal and nuclear and expanding clean renewable energy.” The statement urged the development of, “A roadmap for energy transition that ensures public accountability and strengthens democratic control of the energy industry.” KPTU and KLSNE also committed  “to work together with the public and civil society to achieve a just transition.”

Korean Power Unions: “Although our hearts are heavy, we welcome the shutdown of worn out coal power plants”