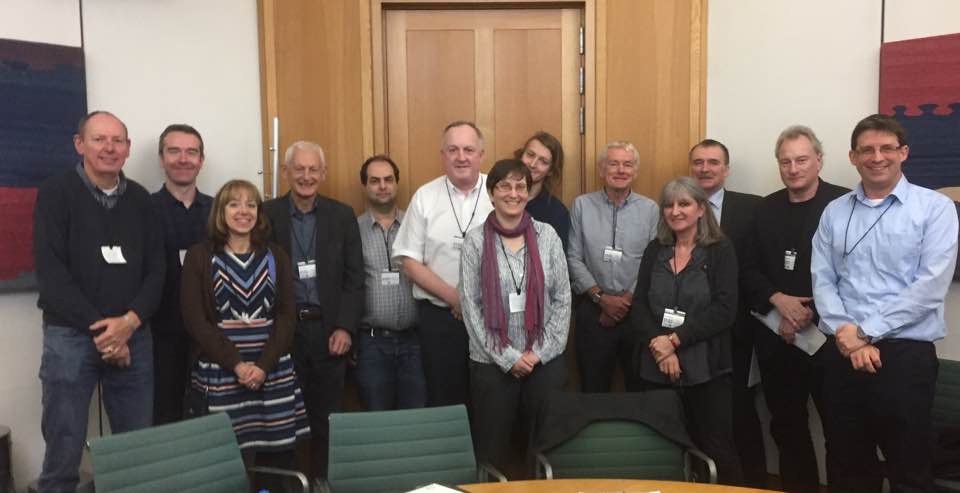 TUED unions met with Labour Party shadow minister for energy Alan Whitehead at Westminster on March 1, 2017. Alan talked about the need to take a “3D” approach to energy: decarbonize-decentralize-democratize. He welcomed TUED’s ideas and urged that TUED unions meet with him every three months and to submit proposals to the Labour Party’s Commission on green industrial policy.

Reclaiming Power After Brexit:
Towards Energy Democracy in the UK

Unions and allies present agreed to:

TUED unions in the UK will participate in the launch of “TUED Europe” in Geneva in June. More details soon.

Is the World Really Moving Away from Fossil Fuels? Examining the Evidence.

During 2015 and 2016, a number of significant public and political figures have made statements suggesting that the world is “moving away from fossil fuels,” and that the battle against greenhouse gas emissions (GHGs) and climate change is therefore being won. Such statements are frequently accompanied by assurances that the transition to renewable energy and a low-carbon economy is both “inevitable” and already well underway, and that economic growth will soon be “decoupled” from dangerously high annual emissions levels. This optimism has also been accepted by a section of the environmental movement, and even by some unions.

If the “green growth” optimists are correct, the political implications for trade unions and social movements are profound. For unions, it would mean focusing aggressively on the need to protect the livelihoods of the tens of millions of workers around the world who currently work in fossil fuels and rallying around the principle of “just transition” encoded in the preface to the Paris Agreement. But it would also mean that the need to wage a determined and protracted political struggle against fossil fuel expansion and “extractivism” would immediately become less urgent. In this scenario, trade union efforts would rightly focus on working to shape the next energy system as it rises from the ashes of the old.

But what if proclamations of fossil fuels’ demise are wrong? What if the “momentum” has not shifted, and the transition to renewables-based power is neither inevitable nor well underway? In that case, the struggle against the current model of ownership that drives the growth of fossil fuels and extractivism—that is, the struggle for democratic control and social ownership of energy—remains vital. This would demand redoubled effort and commitment across all sections of our movement. It would mean the level of urgency in the struggle for energy democracy must be increased, activism stepped up, and fresh approaches embraced, encouraged, and endorsed.

Their Optimism, and Ours

In this ninth TUED working paper, authors Sean Sweeney and John Treat document the recent claims of the optimistic, “green growth” narrative; examine the evidence frequently used to legitimize and sustain it; and then consider this evidence in context of the broader trends in the global energy system, drawing on a range of major recent data sources.

What the paper’s analysis shows is that, unfortunately, the world is not “moving away from fossil fuels”; far from it. The recent “we are winning” optimism is misplaced, misleading, and disarming. It must therefore be rejected, and replaced with a more sober perspective that draws hope and confidence not from a selective and self-deceiving interpretation of the data, but from the rising global movement for climate justice and energy democracy, armed with clear programmatic goals and a firm commitment to achieve them.

Unions are urged to circulate the paper and use its contents to stimulate debates on energy policy and political action. Please send comments, additional data, and requests for more information to Irene Shen (ireneTUED@gmail.com).