During July, August and September 2020, more than 1,000 trade unionists, labor activists and close allies of the labor movement from more than 100 countries came together for the Global Trade Union Assembly 2020 (“GTUA2020”).

The Assembly took place as a series of seven sessions over three months, as an opportunity for unions around the world to assess the impacts of the Covid-19 pandemic on the global labor movement, and consider ways for unions to respond both organizationally and programmatically. Trade unionists from nearly 400 unions representing workers in 114 countries took part, with many from the global South. 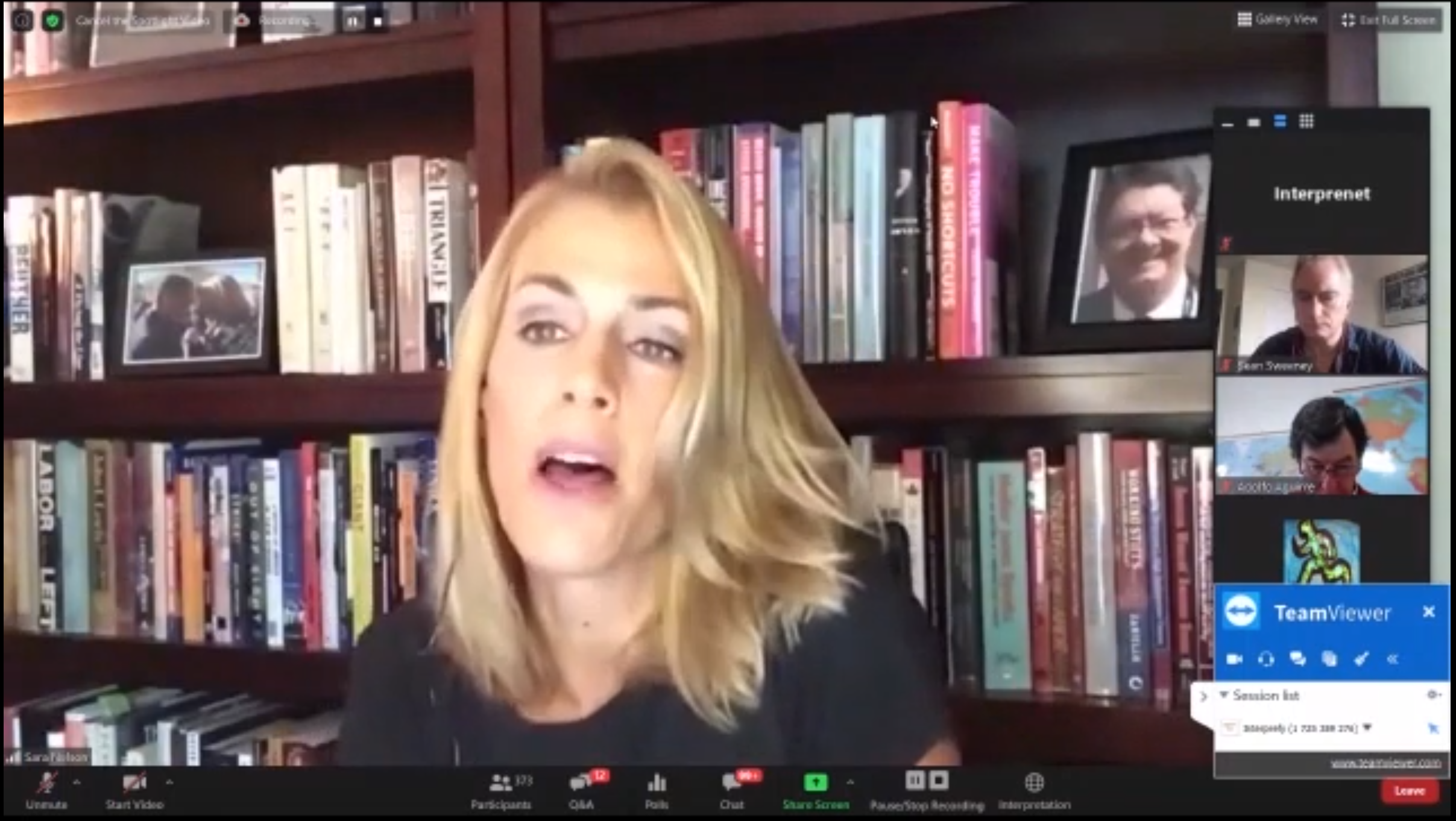 The Assembly was launched on July 9, with a session titled, “Unions Standing Together: A World To Win.” The session opened with contributions from David Boys, Deputy General Secretary of Public Services International (PSI), Sara Nelson, President of the Association of Flight Attendants-CWA (AFA-CWA), and Adolfo Aguirre, International Relations Secretary of the Central de Trabajadores de la Argentina Autónoma (CTA-A).

These speakers were followed by a series of “North-South Solidarity Dialogues” bringing together pairs of speakers — from Australia / Philippines, UK / Colombia, Norway / Brazil, and Canada / Namibia — to discuss in more detail similarities and differences in how the pandemic crisis and lockdowns have affected their countries and their members, and how they are responding.

In framing the discussion, Alana Dave reflected on the current crisis, with the challenges brought by the virus added to the extreme inequalities brought about by neoliberal and austerity policies in recent decades, as well as the rising attacks on labor and growth of informality, noting that, in light of such challenges, “It is sometimes really hard to imagine a public future, let alone what that future could look like.”

Nevertheless, she posed a question to the speakers — and to all the Assembly participants — that went right to the heart of the initiative for the Assembly in the first place: “Can we as the labor movement use this crisis to mobilize for much bolder alternatives?” 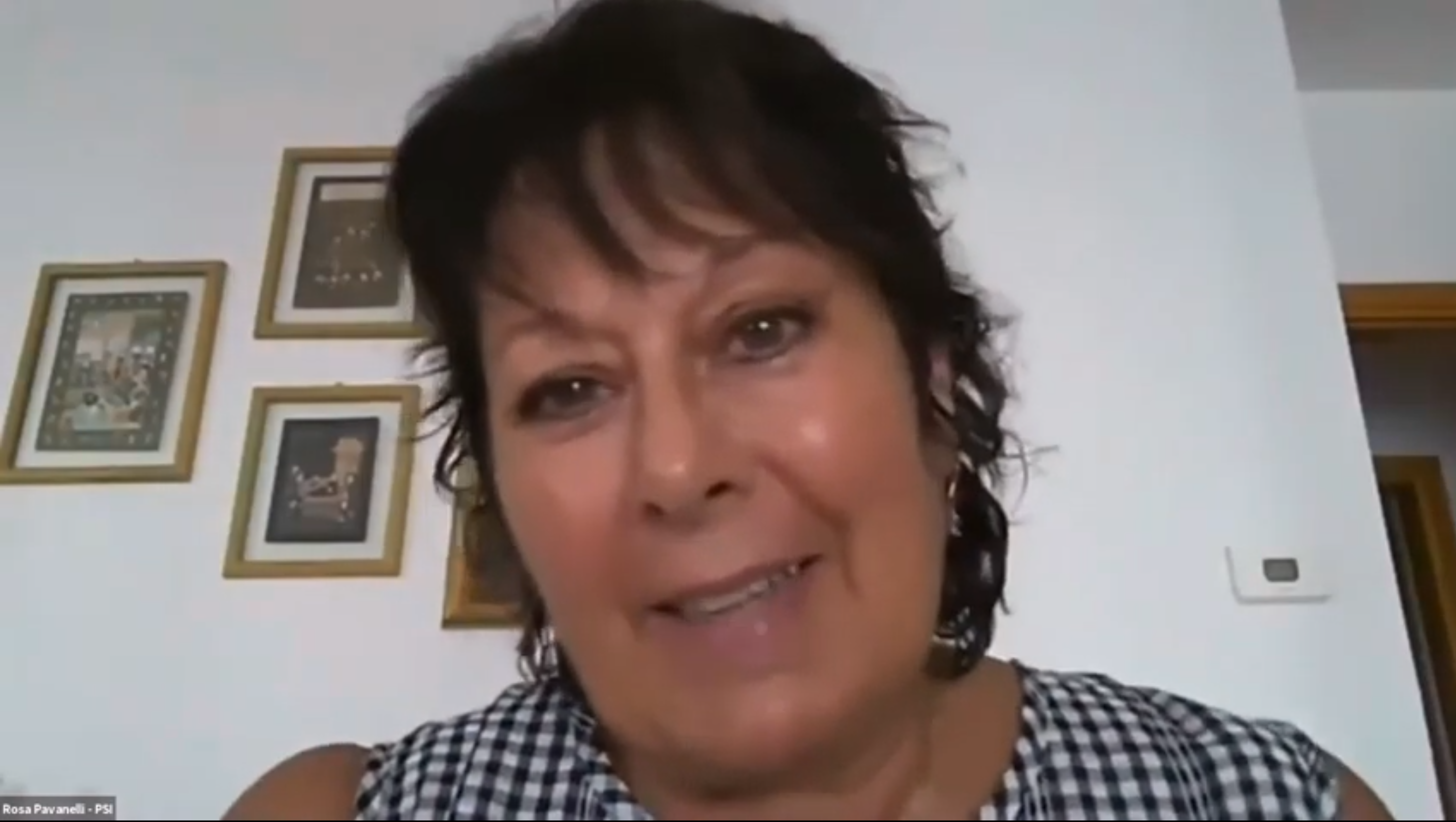 In responding to that question and offering her own remarks, Pavanelli stated “The lesson that we need to draw from the pandemic is that we need to be clearer and bolder in making the point that what we have known for many years of neoliberal policies is now in evidence for all, and that the changes that we need have to be systemic, structural changes.”

Pavanelli also put a question to participants in the form of a “snap poll,” asking their views as to whether the trade union movement should trust that the World Economic Forum’s “Great Reset” initiative for responding to the pandemic crisis “will be in the public interest, in the general interest.” Notably, three-quarters of respondents answered that, no, trade unions should not put their trust in the WEF’s initiative.

This second session also saw another round of “solidarity dialogues,” with speakers from Colombia / UK, Liberia / USA, and the Philippines / USA, representing workers in education, health and transport.

Following the August 20 session, the Assembly took up a range of more specific discussions through four “Thematic Sessions”:

Finally, the Assembly reconvened on September 10 for a Closing Plenary, “Beyond the Pandemic: Trade Union Internationalism and Movement Building,” with reflections on prior sessions and a view towards drawing out various threads of analysis and proposals for action that can be taken up by the planning committee to formulate plans for a way forward beyond the planned sessions of the Assembly.

Notably, this final session saw the question of ideology taken up explicitly, with the session chair Josua Mata, Secretary General of Sentro in the Philippines, putting the question to Zwelinzima Vavi, General Secretary of the South African Federation of Trade Unions (SAFTU): “Is a socialist orientation something that can unify the working class?”

In responding, Vavi offered a clear message affirming the importance that the labor movement and its allies be clear on questions of ideology, and a warning about the dangers in its absence:

“Any form of unity that is not based on a common political platform, and also not based on an ideology, will lead to fragmentation, confusion, and will serve basically as a step towards yellow trade unionism that is easily captured by employers, and by political formations that do not serve the interests of the working class. We believe that ideology is a guide to action, and without it, unions or even social movements will in no time find themselves in uncharted waters, being used as a tool by any other class interest — other than that of the working class itself.” 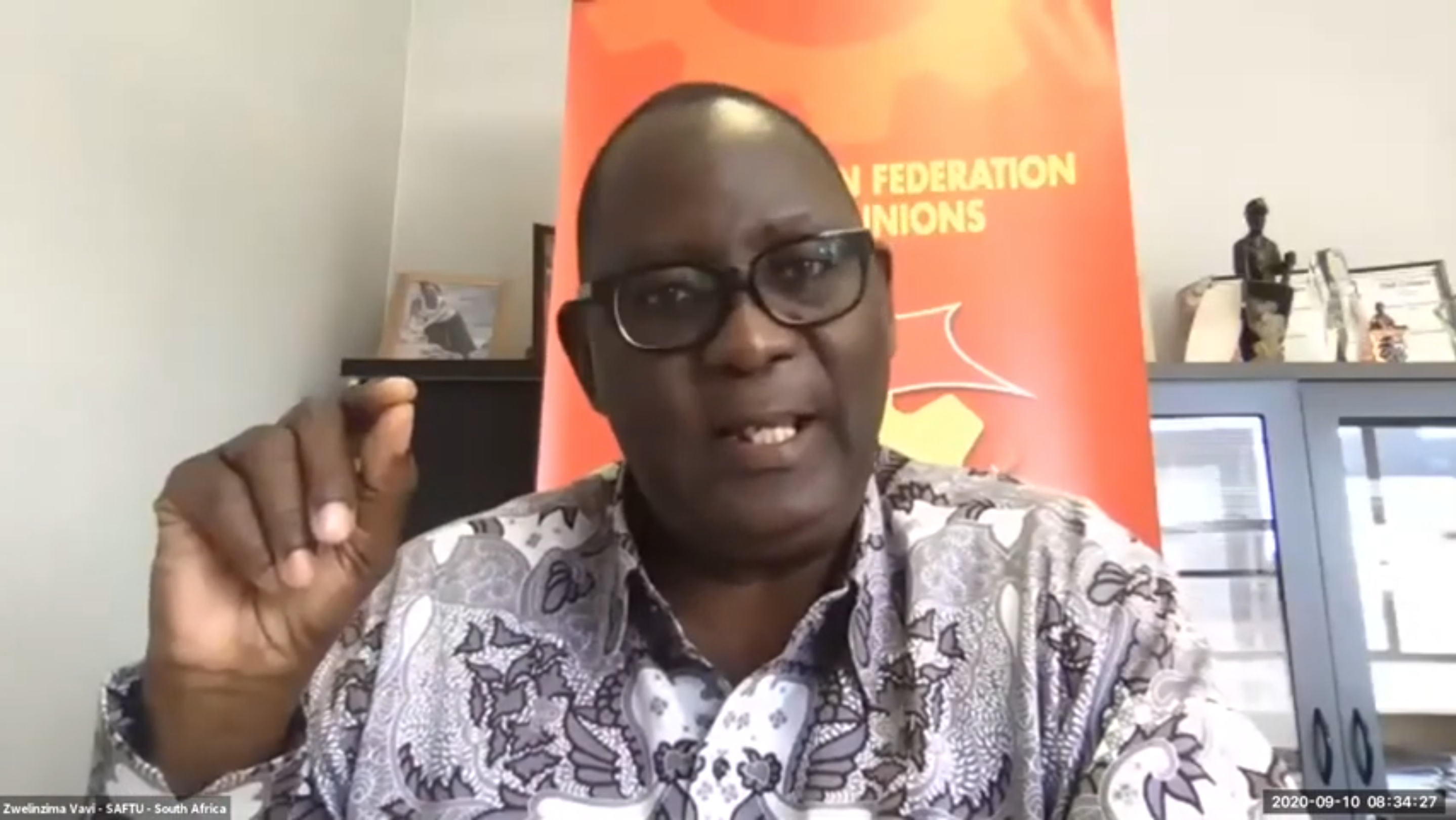 Vavi also emphasized the absolute necessity, given the certain impacts of the “fourth industrial revolution” on organized labor, to organize across the entire working class in the broadest sense, including informal workers, rural women’s groups working on food security, environmental groups, youth activists, and all others fighting for better lives and for social justice:

“Without that unity — the broadest unity of working class formations — we are dead in the water. We will not be able to shift the balance of forces in any way that can benefit the broader interests of society…. The moment is now for us to be absolutely conscious that we do not have the power that we used to have at the beginning of the 19th Century. And the only way to build that power is to build these bridges.”

The Assembly Planning Committee will meet in the coming days to review outcomes and begin to chart a way forward. Watch this space.

Recordings of the sessions in English, Spanish, French, Portuguese and Korean are available here: https://slucuny.swoogo.com/gtua2020/recordings