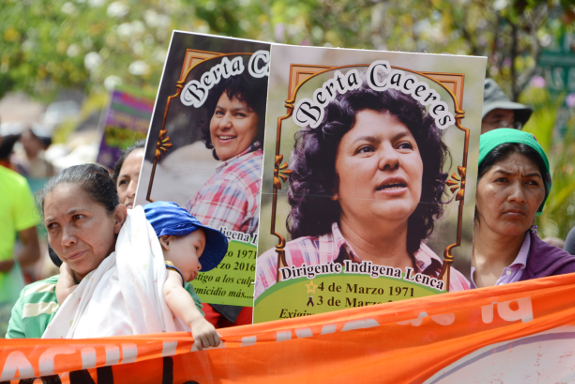 A week after the assassination of Berta Cáceres, coordinator and co-founder of the Council of Indigenous Peoples of Honduras (COPINH), devastated colleagues and allies in the global movements for indigenous people’s rights and energy democracy are demanding justice.

That justice begins with Honduran officials immediately releasing Gustavo Castro Soto, founder and director of Otros Mundos/Amigos de la Tierra México and the only witness to Berta’s murder. Gustavo was shot twice in the attack and his life is in danger.

The Center for International Environmental Law is circulating a letter to the Honduran, Mexican and embassy authorities to demand that the perpetrators – AND architects – of Berta’s murder are brought to justice.

The Trade Union Confederation of the Americas, the AFL-CIO and other unions and allies have signed an open letter to US Secretary of State John Kerry calling for pressure to produce an international, independent investigation into Berta’s murder along with meaningful safety measures for others who are still in danger. Trade unions and other organizations that would like to join as co-signers can email Angelika Albaladejo at the Latin America Working Group. The letter is also calling on the US to “suspend all assistance and training to Honduran security forces, with the exception of investigatory and forensic assistance to the police, so long as the murders of Berta Cáceres and scores of other Honduran activists remain in impunity.”

The government has issued an alert barring Gustavo from returning to his home in Mexico for 30 days, to keep him as a “protected witness”. 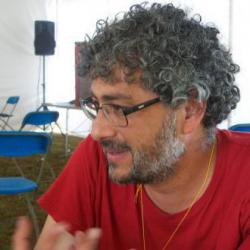 Meanwhile, Gustavo himself has published an open letter asserting that the scene of Berta’s murder was altered. The government has shown Gustavo photos and video in a supposed attempt to identify the assailants, but all materials are from marches organized by Berta’s own organization.

Prior to her murder, Berta faced systematic harassment and death threats from government officials, security services and others who would benefit from the Agua Zarca Dam poject, which Berta and the Lenca people have opposed. Now it appears that her horrific assassination is being used as a pretext to further target members of that struggle.

Already, the government has detained Aureliano “Lito” Molina, the number two figure in COPINH, as a “suspect” in what they preposterously claim was a crime of passion, while also maintaining it was a robbery gone violent.

TUED asks that we stand together for Berta and all those facing violence and repression in the fight for basic rights and a safe and healthy environment.